You are here: Home » About Us » Clients Story » My First South American Client –Thanks to a theft

My First South American Client –Thanks to a theft

In year of 2005, my business was much better than the first 2 years, but still unsteady. Under this pressure, I was always ready to show my enthusiasm once there were inquiries either from e-mails or international fairs.

In 2005 Canton Fair, I met a Chilean client whose name is Carlos. He sent to me but not exclusively an inquiry about Stainless steel flange and pipe fitting. I sent my quotation at once, but after that no matter how many mails I sent to him, there was no response at all. One day after one month, I sent to him an e-mail like usual, that time I got an automotive reply, which said Carlos was in China for a business trip. I found out his name card at once and called him, on the phone we didn’t talk too much, but he had impression on me. So after the call, I sent to him an email, invited him to visit our factory. He replied that he would come if he has time.

In the night after 1 week, it was 7:00 pm, I had a call from Carlos. He told me he was in Beijing airport, he lost his wallet, passport, credit card and cash. He was just like a cat on hot bricks. He checked his e-mail and found that I was the only one person who’s nearest of him, because our office was in Beijing city. I asked him not to worry and wait for a while. When our driver and I arrived at airport, we found Carlos, sitting on a couch, waring an anxious look.

He was relieved when he saw me. Then he told me that during the whole week, he had been rushed to visit each supplier in his schedule. He thought the wallet is in his pocket when he packed. But when he arrived at the airport, he found his wallet was lost. He called the supplier who drove him to the airport for help, but that supplier told him to find the police for a help. He remembered that my office is in Beijing when he saw my mail, then he tried to call me.

Firstly I told Carlos not to worry. Then I called the hotel, asked if the hotel maid found Carlos’ wallet, but the answer was NO. We thought that his wallet must be stolen by theft. It was the time for Carlos to check in, I took him to the police and explained the situation, then went to air company to explain again. And I used all my money to exchange to peso and gave him, in case of any need. Finally Carlos was allowed to check in and fly back to Chile.

After Carlos went back to his office, he wrote to me an e-mail of appreciation with great passion. I gave him a hand when he was helpless, even though we were strangers at that time. He regarded me as his very close friend in China. Besides, he explained to me why he didn’t visit our factory when he was in China, because our prices were a little bit higher. Now he wanted to check our quality to see if there is possible to cooperate. Then I sent to him some samples, including stainless steel flanges and stainless steel Butt-weld (BW) fittings. After evaluation, their quality department approved our quality as the very good one, and he asked a discount. We agreed the discount and he placed the first order to me.

The next few years, in each end of year, Carlos and his company always sent invitation letter to me for their annual party. Although it’s impossible for me to go to attend the party, I understood that Carlos always regard me as his close friend, and he wanted to share the happiness with me.

Our first order of stainless steel flange and fittings was improved with very good quality and competitive prices in South American market. From that order till now, we have been worked on stainless steel threaded casting fittings, carbon steel butt-weld fittings and other products.

When I look back, I know it is not right but I was still grateful for that theft who stole Carlos’s wallet. (There was also possible not a theft but he lost it by himself), that accident made me and Carlos the best friend and business cooperator. And that issue also made me understand that, business, is not only bargaining and trading with money and goods, but also the mutual trust, a favor to each other, and sharing the life. 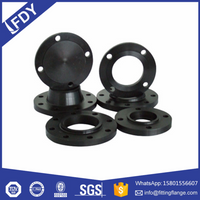 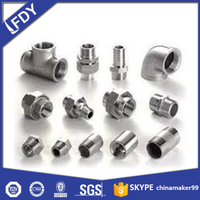