You are here: Home » News » Industry News » The difference of flange and blind flange

The difference of flange and blind flange 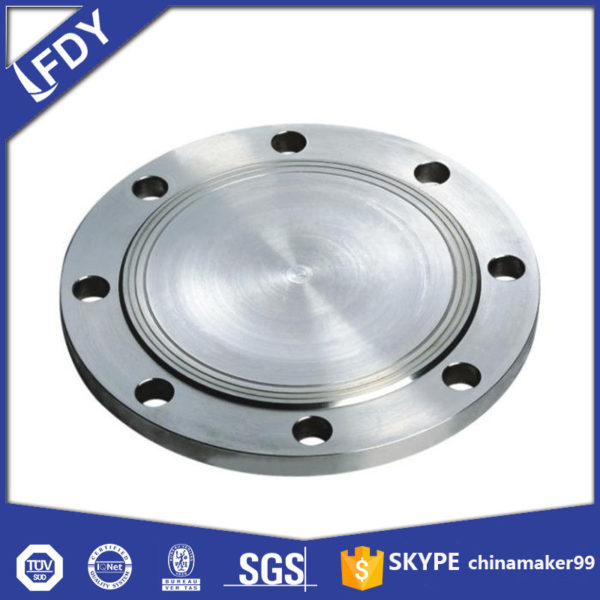 1. The characteristics of the two are different

The normal name of blind flange is flange cover, and it is also called blind flange or closed pipe. This is a kind of flange without hole in the middle, which is mainly used for the front end of pipe seal. It is used for sealing port, and its function is the same as that of sealing head and pipe cover. The blind hole seal is a detachable sealing device, and the seal of the sealing head is not ready to be opened again.

There are many materials for making blind flange, such as carbon steel, alloy, stainless steel, plastic, etc. Different materials of blind flange performance is also different, plastic blind flange corrosion resistance is good, but the strength is poor, and stainless steel blind flange is relatively obvious advantage flange. In the system that needs to be completely separated, generally speaking, it is used as a certain means of isolation. The blind flange is a solid with handle. It is more convenient to use the blind flange when it is used in isolation system. In the flange connection, it is necessary to use bolts to fasten the flange. The flange shall be sealed with gasket or play a temporary role in the test. Flange is a common component in pipeline engineering. Generally, flanges are used in pairs, according to the connection mode. Flange is divided into threaded flange, welding flange and clamp flange.

2. The application of the two methods is different

(1) The application of flange is due to its good performance. Widely used in pipeline, chemical, health, petroleum, construction, fire and other basic engineering.

(2) In the piping strength test or sealing test, the blind plate in the original start-up preparation stage cannot be used together with the connecting equipment (such as turbine, compressor, gasifier, reactor, etc.). Blind plate must be set at the joint of equipment and piping. When the equipment stops, please set the blind plate on the stop valve.